End of last year, a new puppet-ceph module was bootstrapped with the ambitious goal to re-unite the dozens of individual efforts. I’m very happy with what we’ve accomplished. We are making progress although our community is mixed, but more importantly, we do things differently.
END_OF_DOCUMENT_TOKEN_TO_BE_REPLACED

The benchmark described for Intel Xeon is run with a Highbank ARMv7 Processor rev 0 (v7l) processor (the maker of the processor was Calxeda ), using the same codebase: 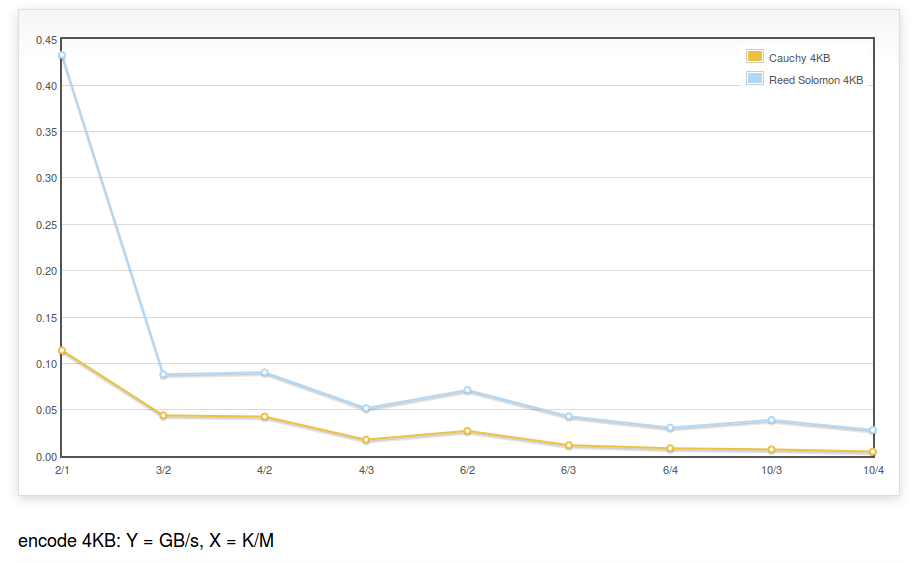 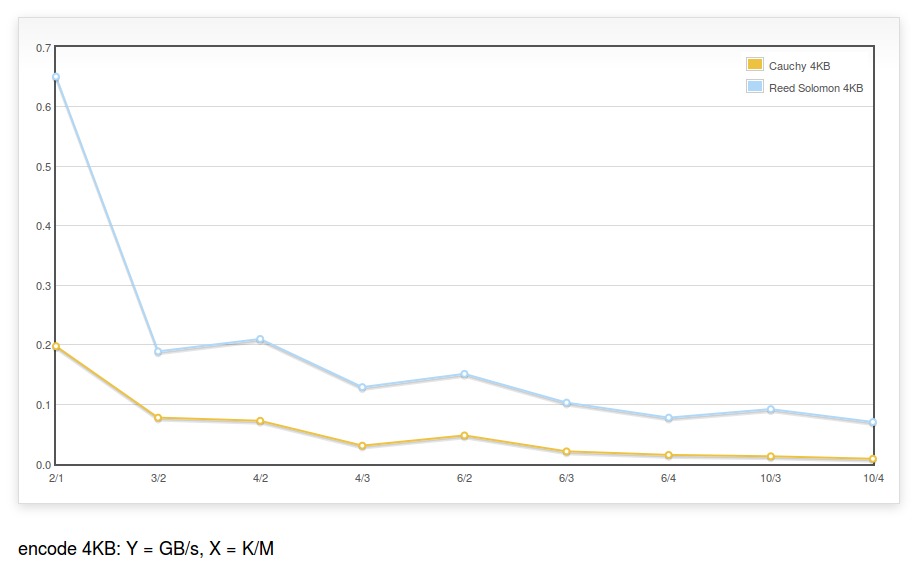 Note: The code of the erasure code plugin does not contain any NEON optimizations.
END_OF_DOCUMENT_TOKEN_TO_BE_REPLACED

Note: this is only useful for people with access to the Ceph lab.

When running a Ceph integration tests using teuthology, it may fail because of a DNS resolution problem with:

It may be caused by DNS propagation problems and pointing to the ceph.com may work better. If running bind, adding the following in /etc/bind/named.conf.local will forward all ceph.com related DNS queries to the primary server (NS1.DREAMHOST.COM i.e. 66.33.206.206), assuming /etc/resolv.conf is set to use the local DNS server first:

The front.sepia.ceph.com zone will resolve machine names allocated by teuthology-lock and used as targets such as:

When a Ceph OSD is lost in an erasure coded pool, it can be recovered using the others.

For instance if OSD X3 was lost, OSDs X1, X2, X4 to X10 and P1 to P4 are retrieved by the primary OSD and the erasure code plugin uses them to rebuild the content of X3.

Locally repairable codes are designed to lower the bandwidth requirements when recovering from the loss of a single OSD. A local parity block is calculated for each five blocks : S1 and S2. When the X3 OSD is lost, instead of retrieving blocks from 13 OSDs, it is enough to retrieve X1, X2, X4, X5 and S1, that is 5 OSDs.