When there are many backports in flight, they are more likely to overlap and conflict with each other. When a conflict can be trivially resolved because it comes from the context of a hunk, it’s often enough to just swap the two commits to avoid the conflict entirely. For instance let say a commit on

adds an argument to the foo function:

and the second commit adds an argument to the bar function:

If the second commit is backported before the first, it will conflict because it will find that the context of the bar function has the foo function without an argument.

When there are dozens of backport branches, they can be sorted so that the first to merge is the one that cherry picks the oldest ancestor in the master branch. In other words given the example above, a cherry-pick of the first commit be merged before the second commit because it is older in the commit history.

Here is a three lines shell script that implements the sorting:

As the suite progresses, its status can be monitored by visiting the web interface::

And the horizon OpenStack dashboard shows resource usage for the run:

END_OF_DOCUMENT_TOKEN_TO_BE_REPLACED

In the context of the teuthology (the integration test framework for Ceph, there needs to be a PostgreSQL available, locally only, with a single user dedicated to teuthology. It can be setup from a new Ubuntu 14.04 install with:

If anyone knows of a simpler way to do the same thing, I’d be very interested to know about it.

When a ssh private key is obtained from OpenStack via

the matching public key is stored in the OpenStack tenant. If it is later deleted with

it can be restored with

Note: this is obsoleted by Ceph integration tests made simple with OpenStack

The teuthology can be installed as a dedicated OpenStack instance on OVH using the OpenStack backend with:

Assuming the IP assigned to the instance is 167.114.235.222, the following will display the progress of the integration tests that are run immediately after the instance is created:

If all goes well, it will complete with:

Note: this is obsoleted by Ceph integration tests made simple with OpenStack

The Ceph lab has hundreds of machines continuously running integration and upgrade tests. For instance, when a pull request modifies the Ceph core, it goes through a run of the rados suite before being merged into master. The Ceph lab has between 100 to 3000 jobs in its queue at all times and it is convenient to be able to run integration tests on an independent infrastructure to: 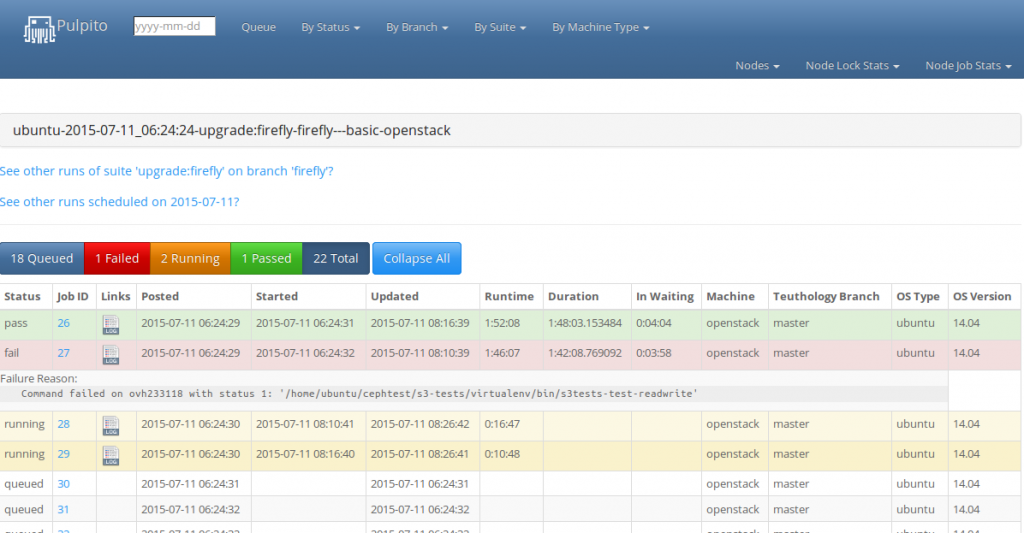 If an OpenStack account is not available (a tenant in the OpenStack parlance), it is possible to rent one (it takes a few minutes). For instance, OVH provides an horizon dashboard showing how many instances are being used to run integration tests:

The OpenStack usage is billed monthly and the accumulated costs are displayed on the customer dashboard: 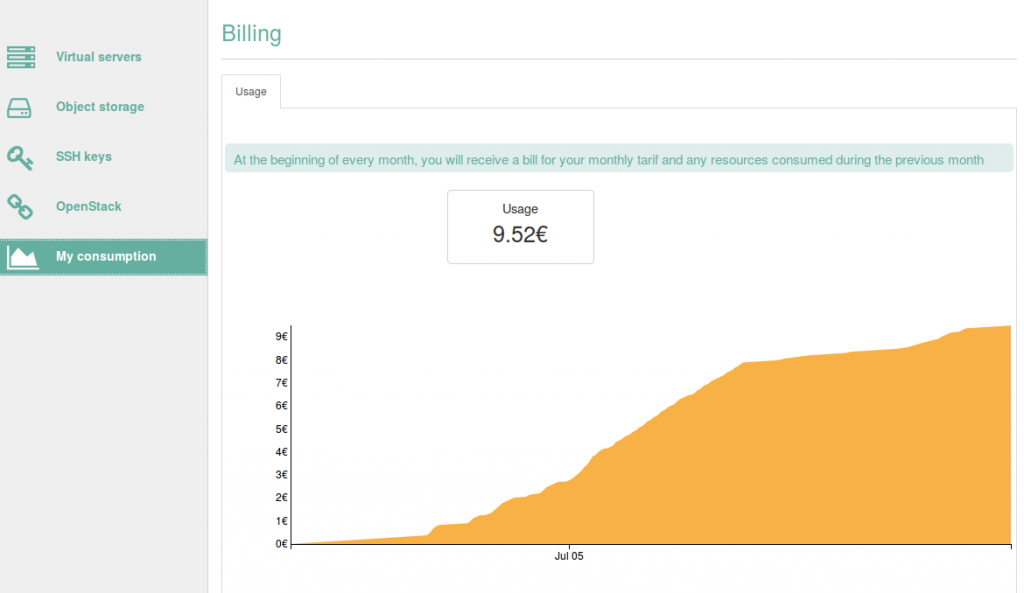 END_OF_DOCUMENT_TOKEN_TO_BE_REPLACED

As of July 8th, 2015, teuthology (the Ceph integration test software) switched from using Chef to using Ansible. To keep it working, two files must be created. The /etc/ansible/hosts/group_vars/all.yml file with:

The modify_fstab is necessary for OpenStack provisioned instances but it won’t hurt if it’s always there (the only drawback being that mount options are not persisted in /etc/fstab, but they are set as they should). The /etc/ansible/hosts/mylab file must then be populated with

where ovh224000.teuthology etc. are the fqdns of all machines that will be used as teuthology targets. The Ansible playbooks will expect to find all targets under the [testnodes] section. The output of a teuthology job should show that the Ansible playbook is being used with something like: