For months I’ve asked people working with puppet modules on a daily basis for a HOWTO that I could follow to setup a new cluster with the Grizzly OpenStack release. Such a HOWTO is not needed for people who develop the modules or deploy OpenStack for a living. It is however very helpful for the casual system administrator willing to get it running in a few hours, all by herself/himself.
The packstack seems to be exactly that : a walkthru of a well tested procedure that anyone with a basic understanding of what OpenStack is can rely on. It requires an RPM based distribution and this may be a significant effort for someone used to DEB based operating systems.
For Ubuntu users, the kickstack project was started in summer 2013 and targets hands on sessions, with the declared goal to make it easy for people new to both OpenStack and puppet. Later on, it inspired Dan Bode to use a new approach based on dependency injection to implement openstack-installer for Cisco.
The proposed HOWTO uses openstack-installer to deploy OpenStack against an existing Ceph cluster and provides:

END_OF_DOCUMENT_TOKEN_TO_BE_REPLACED

OpenStack is installed with puppet and configured to use a Ceph cluster installed with ceph-deploy. The hardware is composed of about 25 heterogeneous HP machines that are over three years old. Five of them have been racked in a basement that not as dry as it should be. The 100Mb/s Internet connection uses a 30m category 5 cable going through two holes in the walls before reaching the rack.
The cluster will be connected to other similar clusters to reduce the risk of loosing data.

openstack-installer is a data oriented replacement of puppet-openstack. The following HOWTO runs some basic tests on vagrant virtual machines that are preserved for introspection with:

The control_basevm runs the horizon dashboard: 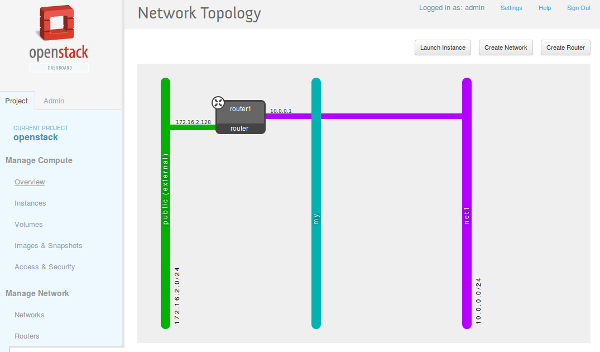