A small patch series (1, 2, 3) is worked on in the wip-key-inject-unless topic branch.

When running git review –yes, each commit is dispatched to the review designated by the Change-Id: of the message. 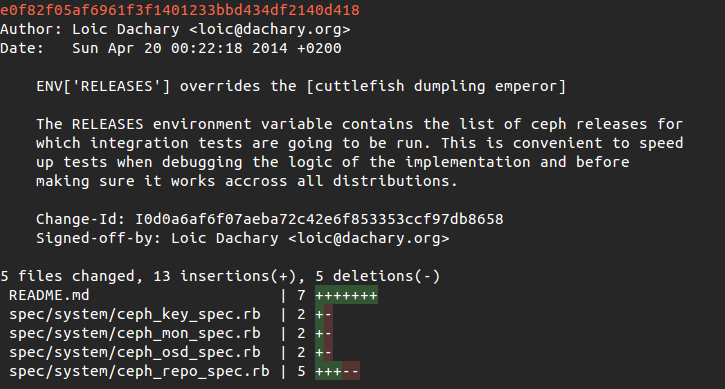 The reviews are updated only if the commit hash changes. If the first commit of the series changes, the hash of all other commits will also change and be submitted again as a new patch even though their content is unmodified. The dependencies between commits in a series is displayed in the web interface of each review: 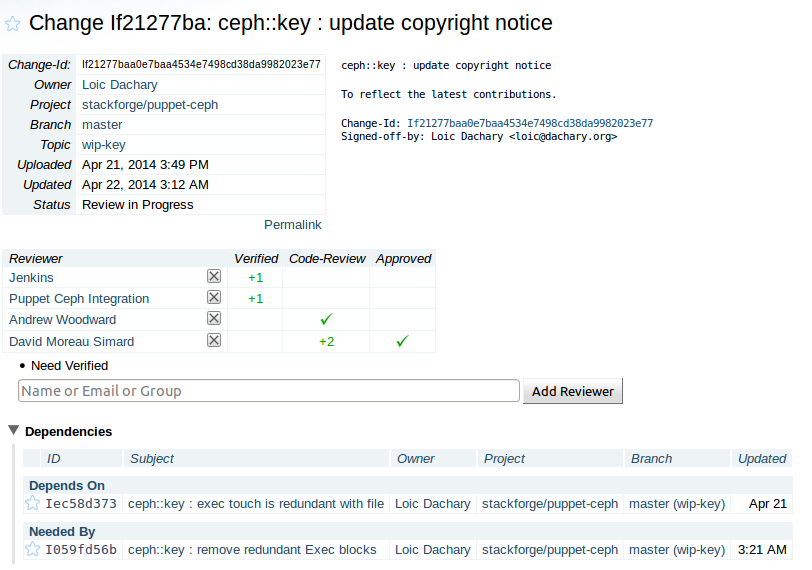